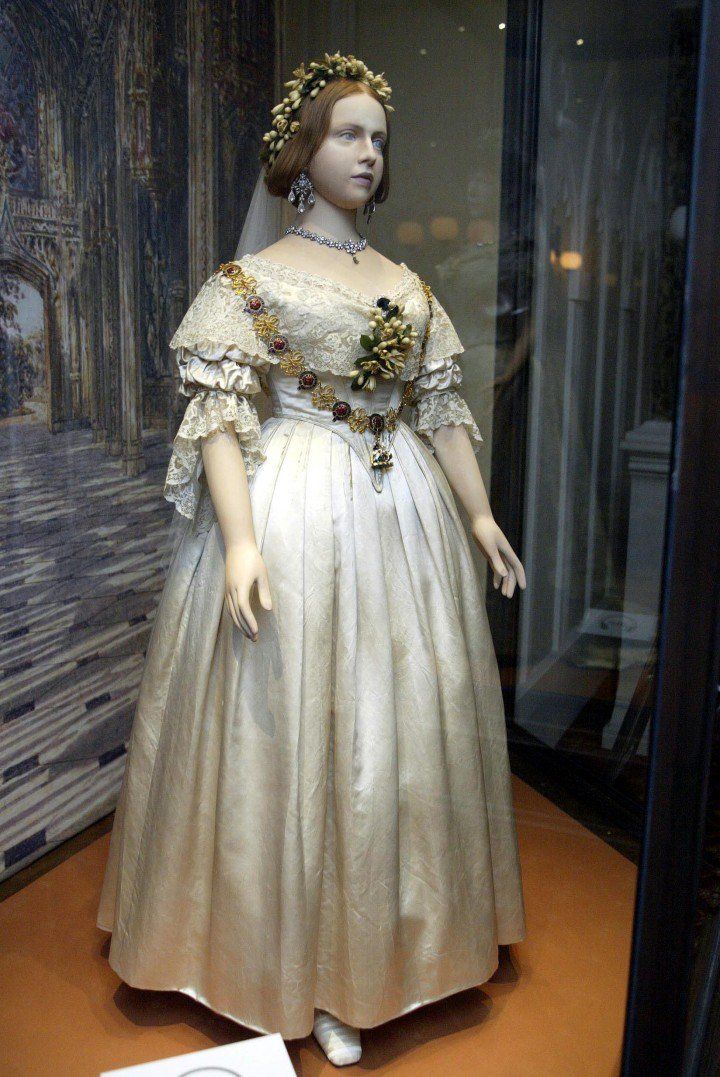 #MeghanMarkle and #PrinceHarry may be encountering logistical problems shortly before the Windsor Castle extravaganza scheduled for tomorrow. However, Jane Eyre, a character in Annabelle Troy’s novel Jane Eyre Gets Real, can remember all the way back to 1840 and the day Queen Victoria wed Prince Albert. Here are some of the wedding hoops Victoria had to jump through:

White Wedding Gowns Were Not Yet in Fashion but Victoria Insisted on Wearing White Silk, Trimmed with Lace & Orange Blossoms. Interestingly, White At That Time Symbolized Not Purity But Wealth.

The Groom Was Prettier than the Bride. Victoria Mourned the Fact that Albert Must Think Her Plain and That A Scottish Newspaper Depicted Her As Having “Open, Anxious Nostrils”.

Her Wedding Cake Lingered On: It Was 300 Pounds and a Piece Has Not Only Survived Until Modern Times, It Was Actually Sold Last Week for the Equivalent of $2000 American Dollars.

Like Meghan, Queen Victoria Did Not Have a Father Present to Walk Her Down the Aisle. Because Victoria’s Father was Deceased, She was Escorted by Her Favorite Uncle.

Victoria and Albert’s Honeymoon Only Lasted Two Days and Was Spent, Not Somewhere Exotic, But at Windsor Castle Where the Couple Rode Horses, Took Walks & Hosted Dinner Parties. They Then Returned to Buckingham Palace.

Of course, it Might be Construed that the Honeymoon Lasted All of Victoria’s Life, as she Never Stopped Loving Albert and Reenacted the Wedding Ceremony Numerous Times Throughout their Years Together. During Victoria’s Official Diamond Jubilee She Wore Her Wedding Veil. Long May Love Reign.