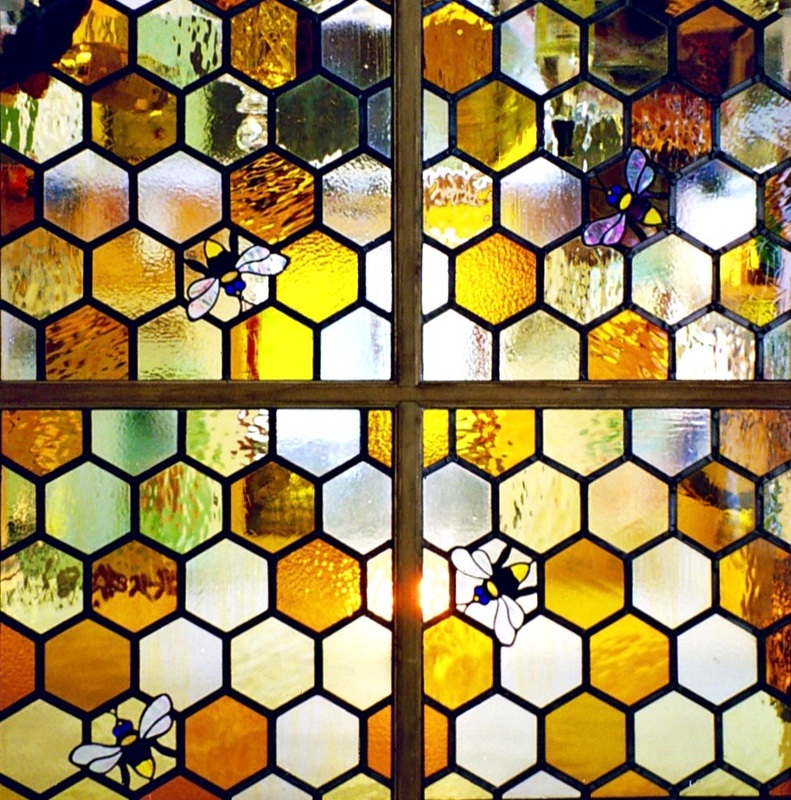 Everyone is aware of the devastating flames that recently wreaked havoc on the beauty of Notre Dame, Paris. Two characters in Jane Eyre Gets Real were especially alarmed: Madame Bovary, who visited the cathedral in her day and who, despite quite a few sins, still considers herself a Catholic and devout beekeeper Sherlock Holmes. Just as Emma Bovary drew a sigh of relief when she realized Notre Dame’s esteemed rose glass was spared in the fire, so Sherlock rejoiced to learn the cathedral’s bees were safe–all 180,000 of them.

Though not as famous as the cathedral’s other treasures, such as the stained glass, flying buttresses, gargoyles and Crown of Thorns, the bees are nevertheless valuable. Recent newcomers to cathedral life (they have been living on top of the Gothic building’s sacristy, in three hives, only since 2013) these hardy residents are alive and well, according to Nicolas Géant, the official beekeeper. Unlike some other species, European bees do not flee fire. Because bees don’t have lungs they cannot die from smoke inhalation–but they can be killed by excessive heat and wax in the hives does melt at 63C.  However, Notre Dame’s gallant drones gorged themselves with honey and surrounded their Queen. The fire did make them drunk, putting them to sleep–but they have since recovered and, amidst the first efforts to restore the famed building, are buzzing again: an eternal symbol of endeavor in the midst of chaos. Perhaps some of the profits from the 75kg of honey they annually produce will be used towards restoration. Note: Image directly above is stained glass window of Notre Dame. The honey bee stained glass at top of post is not from the cathedral!

4 thoughts on “Buzzzz: The Little Survivors of #NotreDame”