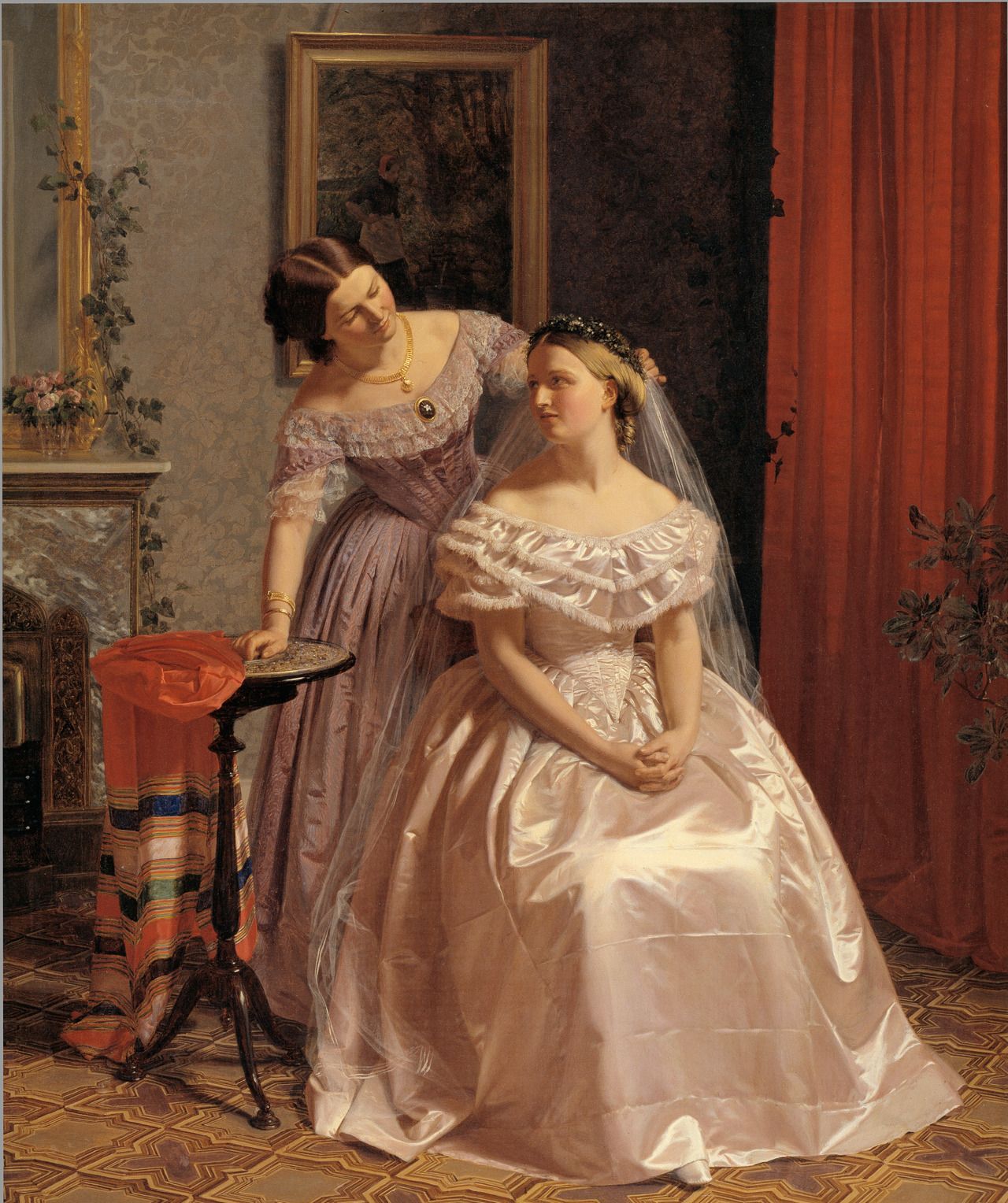 Yes, dear reader, Jane Eyre ultimately married Rochester, her one true love. But not before his first wife shredded Jane’s wedding veils to pieces…Perhaps the color, not the intent, was what didn’t appeal to Bertha Rochester! We think of white as being traditional for a bride; this, however, only became the case after Queen Victoria chose the color (or non-color) for her own nuptials. Even after she popularized the white wedding gown many less fortunate, more practical women chose to wed in wool or linen dresses that could be worn again and again; for the wedding ceremony they often threw a colorful, patterned shawl thrown around their shoulders. In those oft-widowed times, for a second wedding a bride never wore a veil nor orange blossoms (symbols of purity); instead she was allowed to adorn herself with ostrich plumes, not flowers, and wear a dress in a muted tone such as ecru or palest violet.

Until the 18th century white was actually considered an unlucky color for brides. Only very poor women wore it to the altar, signifying that they had no dowry–that, like the color white itself, they were “nothing.”  Of course all such fashions are subject to change. If the on-trend 17th century girl wore a pale green dress (to show off her fertility), by the early 1900s if a bride wore green she was “ashamed to be seen.” As for other, once sought-after bridal colors they had been reduced to this rhyme: 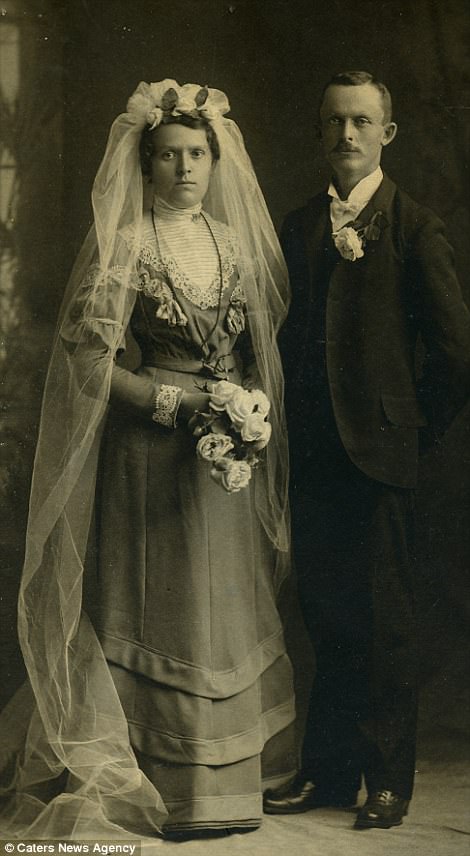 6 thoughts on “White Not Always Right for #Weddings”