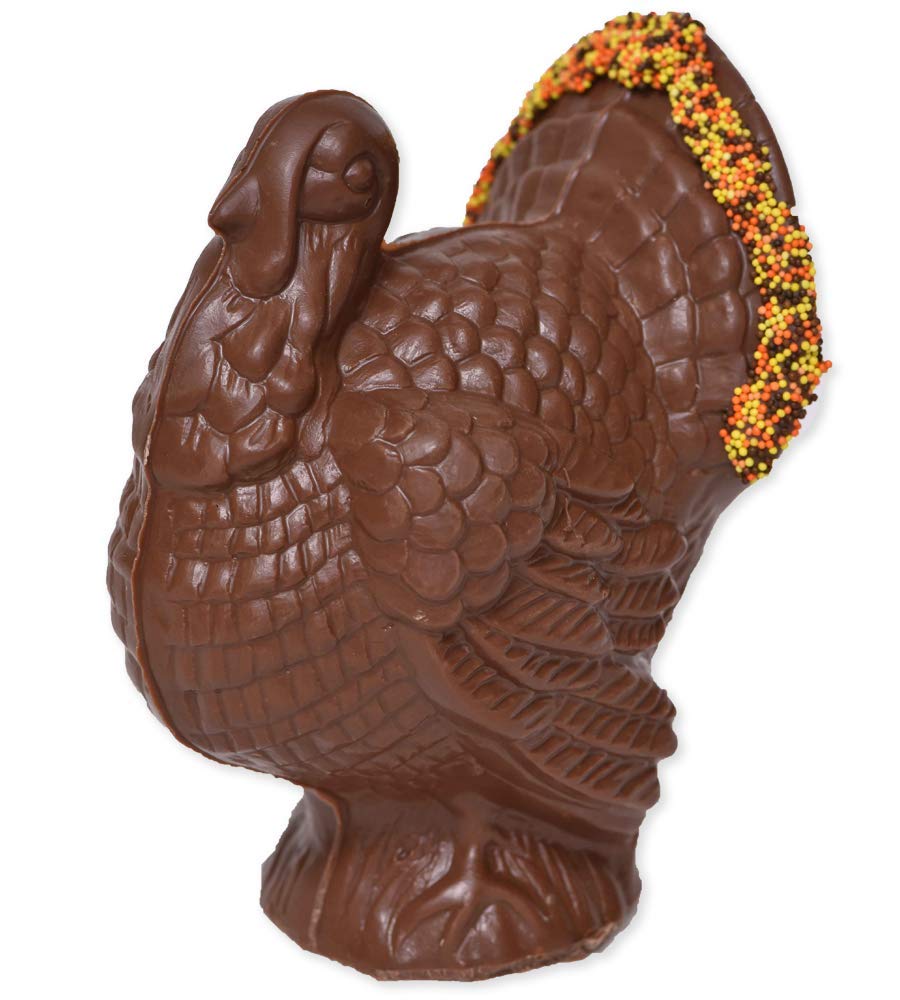 If the above image is your idea of a chocolate turkey, Madame Emma Bovary is here to set you straight. The only character of French heritage to appear in the whimsical novel Jane Eyre Gets Real, she is delighted to tell you about the chocolate turkey NOT made of candy, and originally bred by French Jesuits in the United States as far back as the 1500s (when they–the birds, not the Jesuits–were known as dindon de chocolat). Popular in the American South before the Civil War, the breed has now dwindled. However, select turkey breeders throughout the USA have painstakingly recreated the genetics of this bird, ensuring that its naturally sweet taste will live on.

The chocolate turkey is a heritage breed named for the color of its feathers and feet, a milk chocolate brown on adults. It is known for especially tender, rich meat and its large size compared to other heritage varieties. The price can be as much as $8 per pound, and this #Thanskgiving you will mostly likely find it in gourmet restaurants, not on the home table.

Chocolate turkeys are known for being very intelligent, affectionate towards their offspring and receptive to humans, with whom they bond easily. You may feel they are too nice (as well as too near extinction) to eat. In that case, stick with Perdue!

6 thoughts on “Chocolate #Turkey: Not Just for Dessert Anymore”