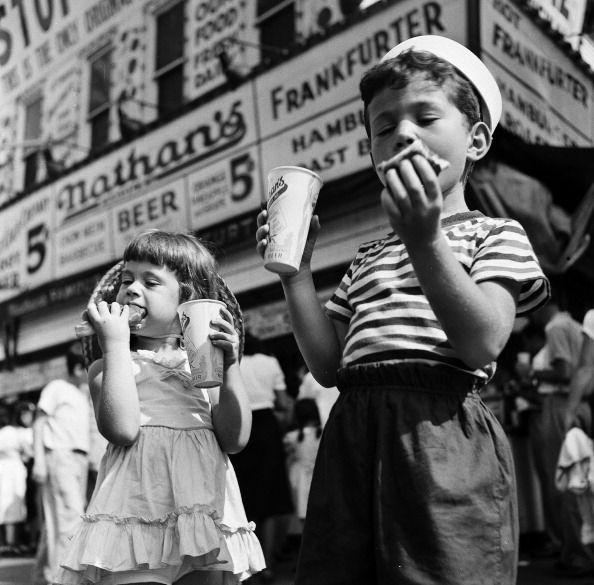 You can call it eating in the open air or, as Madame Bovary–the only French character in Jane Eyre Gets Real–would more elegantly put it, dining al fresco. In the time of #Covid19,though indoor dining has resumed in many European establishments, American cities such as San Francisco, Chicago and New York are taking restaurant service to the streets.

Outdoor dining is technically as old as the first shepherd who ate bread and cheese under the stars. In the USA the roots of an al fresco meal are just as humble. Before #Nathan’s on Coney Island there was Feltman’s Ocean Pavilion, which served five million customers a year and sold 40,000 hot dogs daily. The owner, Charles Feltman, began his career pushing a food cart; a German butcher he did much to popularize the #frankfurter, a snack from his homeland. In its glory days, circa 1925, Feltman’s Ocean Pavilion covered a full city block and offered not only the best franks in town, but a ballroom, an outdoor movie theater, a merry-go-round, two bars, a beer garden and, just in case you weren’t feeling too queasy, a roller coaster.

New York restaurants now offering tables on the street include much fancier options such as Pastis, Cafe Luxembourg, and Sant Ambroeus. Of course, you can always take a leaf from Manet’s book and make your own dejeuner sur l’herbe, out of ingredients from Grace’s Marketplace, Trader Joe’s or #McDonald’s. Umm…shouldn’t she be wearing a mask? 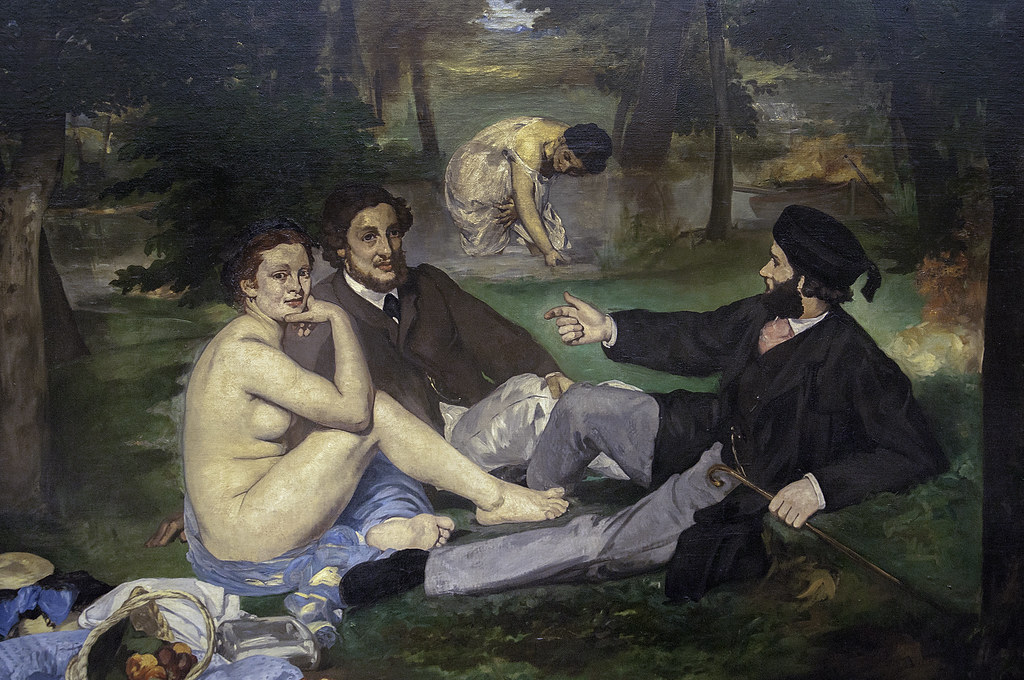 One thought on “Hot Dogs Al Fresco: Dining Out During A #Pandemic”